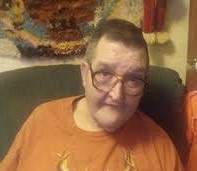 Surviving are his two daughters; Patricia and Michelle Ebner, both of Clarksburg, one sister, Josephine Crabtree of Vincent, Arizona, two brothers, Buck Yates of Kingston, Leroy Yates of Circleville, and several nieces and nephews. He was preceded in death by one sister, Mary Belle Bowling, three brothers, Buster Holsinger, Joe Ebner, and Russell Yates.

A funeral service will be held on Monday, February 27, 2017 at 1 p.m. in the EBRIGHT FUNERAL HOME, Frankfort with Pastor Mel Wickensimer officiating. Burial will follow in Brown’s Chapel Cemetery, Clarksburg. Friends and family may visit with the Ebner family on Monday, from 11 a.m. until the time of the service.

To order memorial trees or send flowers to the family in memory of Wilbur W. Ebner, please visit our flower store.