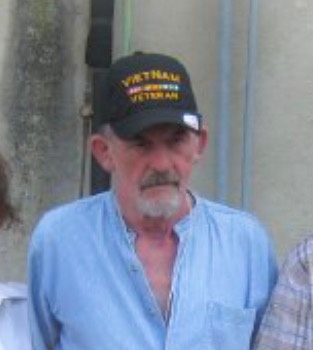 Virgil M. Hurley 65 of Chillicothe passed from this life Monday, May 29, 2017 at OSU Wexner Medical Center, Columbus. He was born February 5, 1952 in Ross County the son of the late Theodore and Nora B. Crago Hurley. On November 13, 2003 he married Barbara J. Horsley, who survives.

In addition to his parents Virgil was preceded in death by his daughter, Crystal Hurley; siblings, Julie, Becky, Mike and an infant sister and brother.

Virgil was loved by all. He was an Army veteran of Vietnam who enjoyed the woods and mushroom hunting. He was known to tinker around and he could also be called “Mr. Fix It”.

Funeral service will be held 1 pm Saturday, June 3, 2017 at the Shady Glenn Church with Rev. Rich Cottrill Officiating. Burial will follow in the Huntington Township Cemetery with military honors by the Ross County Honor Guard. Friends may visit with Virgil’s family from 5- 8 pm Friday at the SMITH-MOORE-EBRIGHT FUNERAL HOME of Bainbridge.

To order memorial trees or send flowers to the family in memory of Virgil M. Hurley, please visit our flower store.