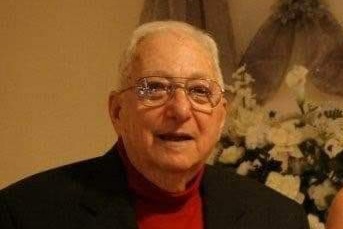 Tildon John “T.J.” Hike, 94, of Greenfield passed away on Sunday, March 14, 2021 at the Greenfield Skilled Nursing Facility. He was born in Portsmouth, Ohio on Thursday, January 6, 1927 the son of the late George and Marjorie Brook Cisco Hike. On October 2, 1945 he married the former Margaret Miller and she preceded him in death on October 2, 2005.

Mr. Hike was a 1944 graduate of the Edward Lee McClain High School. He entered the US Army Air Corps in December of 1945 and served during World War II. He was Honorably Discharged in December of 1946. He attended the Ohio State University where he would earn his Bachelors Degree in Education. He received his Masters Degree from Ohio University. T.J. was an Educator for thirty years with the Greenfield Exempted Village Schools where he was a teacher and was Elementary School Principal. He retired from Greenfield Schools in 1978.

A private family service will be held on Thursday March 18, 2021 in the ANDERSON-EBRIGHT FUNERAL HOME, Greenfield with Rev. Terry Washburn officiating. The funeral will be broadcast at 1 p.m. and can be viewed on his obituary page on the funeral home’s website.  A public graveside service will be held at approximately 2 p.m. at the Greenfield Cemetery where military honors will be accorded by the Concerned Veterans of Greenfield. Those attending the service will need to wear face masks and observe social distancing.  In lieu of flowers, the family asks that contributions be sent to the Greenfield Historical Society, PO Box 266, Greenfield, OH 45123 or the Highland County Community Action’s Senior Nutrition Program.

To order memorial trees or send flowers to the family in memory of Tildon J. "T.J." Hike, please visit our flower store.
Send a Sympathy Card