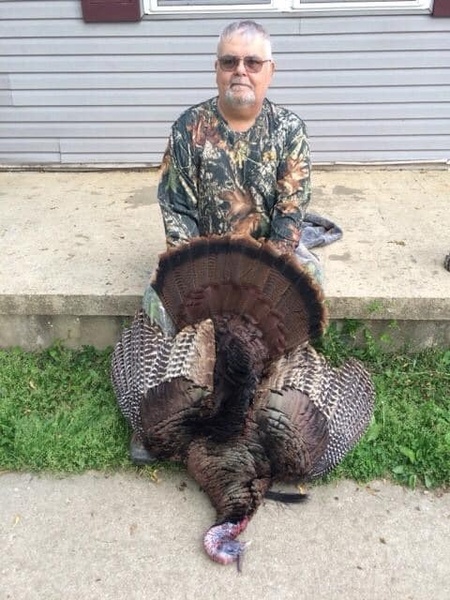 Terry Lee Meredith, 63, of Greenfield, passed away peacefully on Saturday morning, April 20, 2019 at 1:06 a.m. in Christ Hospital, Cincinnati, surrounded by his family. He was born on April 1, 1956, in Greenfield, the son of the late, Howard R. and Harriette E. Williams Meredith.  On June 13, 1981, he married the love of his life, the former Denise W. Orner, and she survives.

During their 37 years of marriage Terry and Denise had two daughters, Jami (Charles) Hodapp of Tipp City, and Tara (Zach) Walker of Greenfield, three beautiful grandchildren, Nickolas Orion Hodapp, Cole Warren Lee Walker, and Sydnee Grace Walker.  Terry is also survived by one uncle, Junior Hie of Greenfield, one niece, Katilynn Clickner of Greenfield, as well as many cousins and friends.  He was preceded in death by his sister, Tammy Hughes, and his aunt, Grace Hie.

Terry was a 1974 graduate of Edward Lee McClain High School.  He loved being outside, hunting deer and turkeys, fishing at the lake, tending to his garden, and mowing his yard.

A funeral service will be held on Wednesday, April 24, 2019 at 6:30 p.m. at the ANDERSON-EBRIGHT FUNERAL HOME, Greenfield with Rev. Dan Justice officiating. Family and friends may visit with Terry’s family on Wednesday at the funeral home from 4 p.m. until the time of the service. Following the service, cremation will take place.

To order memorial trees or send flowers to the family in memory of Terry L. Meredith, please visit our flower store.