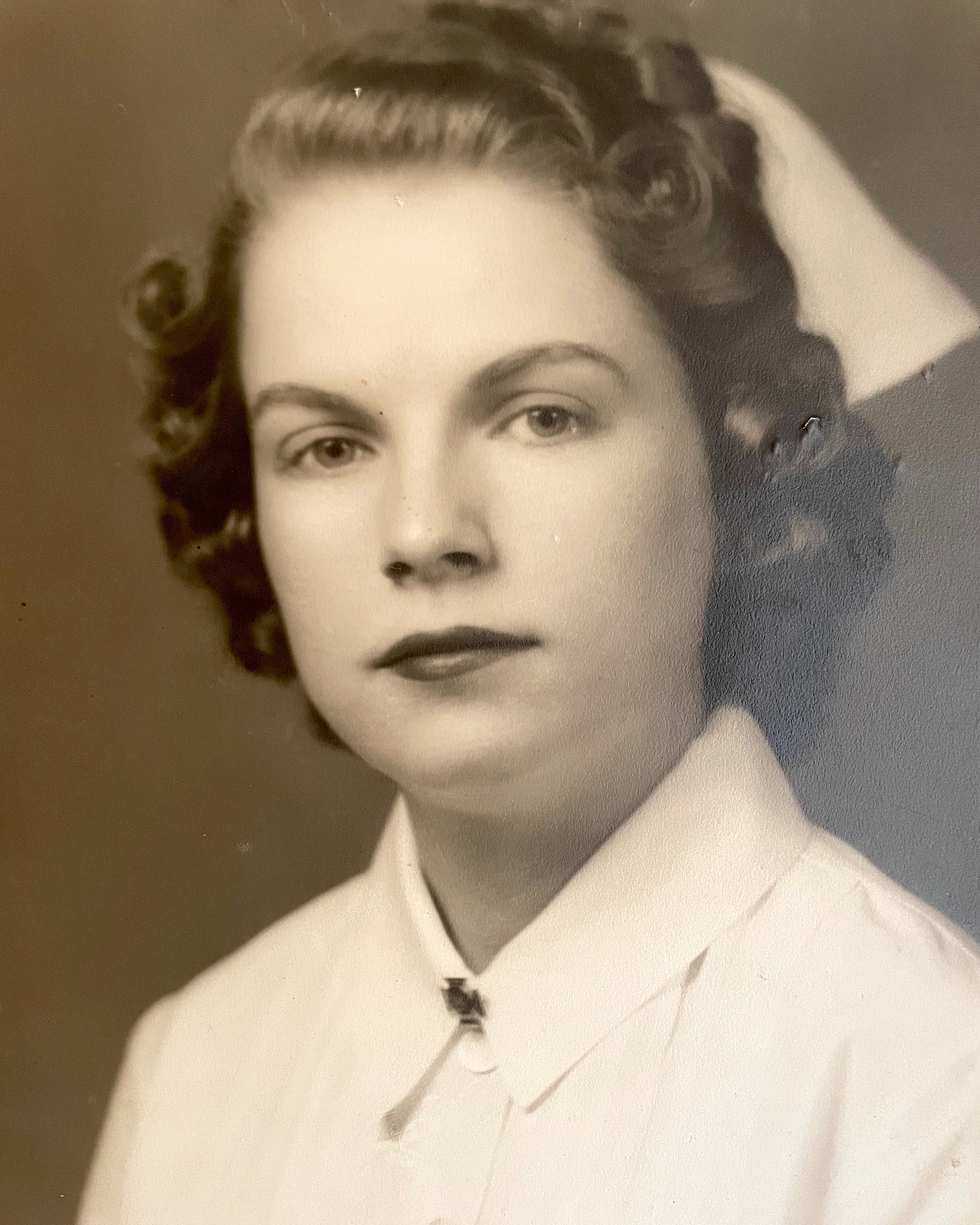 Suzanne Benner Gregg, age 101, of Bainbridge, passed peacefully from this life October 25, 2022, at Edgewood Manor, Greenfield. She was born on December 11, 1920, in Ross County, the daughter of the late Paul and Ruby Everhart Benner. On Friday, March 2, 1945, she married Frank I. Gregg who passed from this life on October 27, 1980.

Surviving are two daughters and their husbands. Sue Ellen (Don Eckhart) and Gayle (David Mahaffey). She is also survived by four grandchildren and their families. Greg and Kim Eckhart, son Leo and daughter Ella. Nathan and Lina Eckhart, son Paxton. Molly and Chuck Montgomery, son Max. Ross and Lindsey Mahaffey, daughter Marlowe Jane and baby girl due in February. Of the seven Benner children, one sister, Lida Benner Wall of Springfield also survives. Left to cherish her memory is a host of nieces and nephews along with several friends and colleagues.

In addition to her parents and husband, Suzanne was preceded in death by three sisters and two brothers: Paul “Bud” Benner, David Benner, Lena Stewart, Mickey Vaughan and Jeanne Hart. Preceding her in death also was her sister-in-law, June Gregg and brother-in-law, Roy A. Gregg.

Suzanne was a 1938 graduate of Buckskin Valley High School in South Salem and a 1941 graduate of Springfield Community Hospital School of Nursing, which would be the start of nearly a 75-year career. She began her career as a Public School Health Nurse in Ross County in the late 1950s and went from there to work for Chillicothe Hospital, currently Adena Regional, as a Pediatric Nurse. After her retirement in 1991, she helped open Liberty Village Assisted Living. Her final stint as a nurse was as the RN for the Ross Co. Senior Citizens when she was 90 years old.

She was a member of the Ross County Nurses Guild, the Bainbridge United Methodist Church, the Buckskin Alumni Association and the Bainbridge Historical Society. She was honored as Ross Co. District Nurse of the Year in 1991 and as Outstanding Alumnus-Springfield Community Hospital School of Nursing in 2006.

Funeral services will be held 1 pm Saturday, October 29, 2022, at the SMITH-MOORE-EBRIGHT Funeral Home of Bainbridge with Donald Eckhart officiating. Following the service, Suzanne will be laid to rest beside Frank in the Twin Township Cemetery. Friends may visit with the family from 11 am until the time of service on Saturday. In lieu of flowers, memorial donations may be made to the Bainbridge United Methodist Church, PO Box 528, Bainbridge, OH 45612; the Buckskin Alumni Assoc. c/o Lewis Speakman 171 Lyndon Rd, Greenfield, OH 45123 or Hospice of Hope Ohio Valley, 215 Hughes Blvd., Mt. Orab, OH 45145.