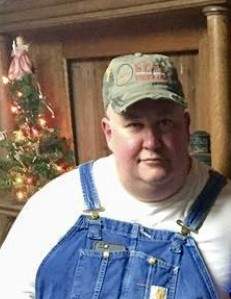 Also surviving are his son, Johnathan Cokonougher, at home, his mother, Bonnie Hatmacher of Chillicothe, and sister, Mia Hoffmeyer of Frankfort. He was preceded in death by his stepfather, Ted Hatmacher and nephew, Casey Wagner.

Bud was a 1987 graduate of Adena High School. He later attended Southern State Community College, the University of Cincinnati, and The Ohio State University to obtain his Bachelor’s Degree. He worked as production manager at WCR, Inc. in Washington C.H. He was a member of the Sons of the American Legion in Frankfort.

Every weekend Bud could be found sitting in his favorite chair at the Big Ninja Saloon, telling his favorite stories. He was the owner of SCJC Firearms. Selling guns was a passion of Bud’s over the last few years. He was an amazing son, husband, and father, and will be missed by many.

In keeping with Bud's wishes, a graveside service will be held at 11 a.m. on Saturday, December 8, 2018, in the Greenlawn Cemetery, Frankfort with Pastor Allen Lackey officiating. Friends and family may gather for a brief visitation at The EBRIGHT FUNERAL HOME, Frankfort from 10 a.m. to 10:40 a.m.. Additional time for sharing memories will be held at the Frankfort American Legion following the graveside service.

To order memorial trees or send flowers to the family in memory of Steven "Bud" Eugene Cokonougher, please visit our flower store.