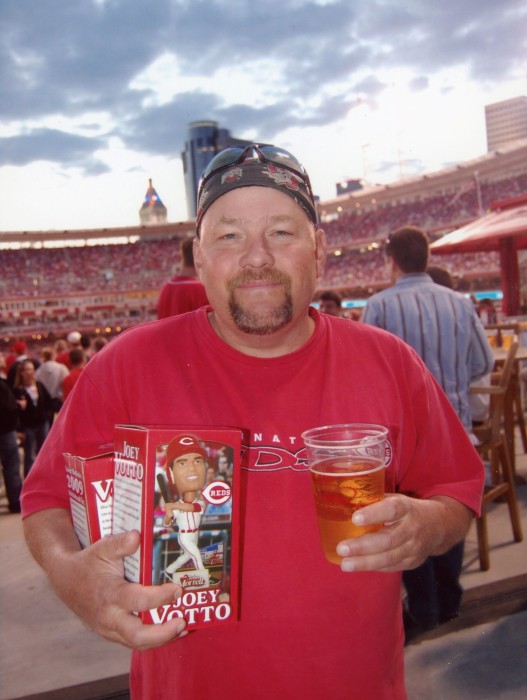 Stephen E. “Spank” Dennis, 52 of Frankfort, died unexpectedly from a lingering illness on Tuesday afternoon, May 7, 2019, at the Adena Regional Medical Center, Chillicothe. He was born on Thursday, November 10, 1966 in Chillicothe, the son of Thomas, Jr. and Carol Richardson Dennis.

Steve is survived by his parents, Tom and Carol Dennis of Frankfort, one sister; Sally (Derek) Cartee of Chillicothe, His two dogs, Sonny and Braxie, his cats; Cotton, Blackie and Smokie. He is also survived by his aunts; Joyce Dennis of Fairborn and Barbara Abernathy of Frankfort, his cousins; Kim Abernathy, Judi (Duane) Halcomb of Frankfort, Jane Abernathy of Marion, several other cousins and many friends. Tom and Carol would like to extend a special thank you to Shannon McNeely. Steve is preceded in death by his brother, Thomas Alex Dennis, grandparents; Tom and Mary Dennis, one aunt; Jane Dennis and a cousin; Carol McQuiniff.

Spank was a 1985 graduate of Adena High School. He had been employed at Rocal of Frankfort. He was an avid fan of the Cincinnati Reds, Bengals and the Ohio State Buckeyes. Spank loved to fish and always enjoyed a bike ride on the bike path.

A graveside service will be held at 11:30 a.m. on Saturday, May 11, 2019 in the Greenlawn Cemetery, Frankfort officiated by Rev. Phillip Rutherford. Friends can visit with Spank’s family on Saturday morning from 10 a.m. to 11:15 a.m. at the EBRIGHT FUNERAL HOME, Frankfort. Memorial contributions are suggested to Juvenile Diabetes Foundation, 100 W. Old Wilson Bridge Road, Suite 118, Worthington OH 43085.

To order memorial trees or send flowers to the family in memory of Stephen E. "Spank" Dennis, please visit our flower store.
Send a Sympathy Card