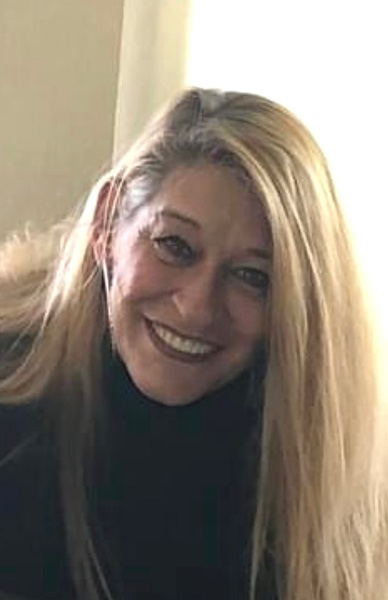 Sandra Lynn (Whitley) Sharfenaker 56 of Bainbridge, went to be with her Lord, her mom and dad Friday, August 5, 2022 surrounded by her family at the James Cancer Center after a brief illness. She was born October 31, 1965 in Ross County the daughter of the late George Ray Whitley and Rose Ann (Whitley) McGlone.

Sandy was a 1983 graduate of Western High School. She was a cheerleader and queen of just about everything she got into. The joke between Mike and Sandy has always been, she was the pretty one and Mike was the smart one.

The family would like to thank all of the nurses and doctors at the James Cancer Center who cared for Sandy and showed her kindness.

Funeral services will be held 1 pm Tuesday, August 9, 2022 at the Smith-Moore-Ebright Funeral Home, Bainbridge with Rev. Dan Cook officiating. Following the service she will be laid to rest in Cynthiana Cemetery at the feet of her mother, so Rose can kick her butt if she gets out of line. Friends may call from 11 am until the time of the service Tuesday at the funeral home.

To order memorial trees or send flowers to the family in memory of Sandra Lynn Sharfenaker, please visit our flower store.