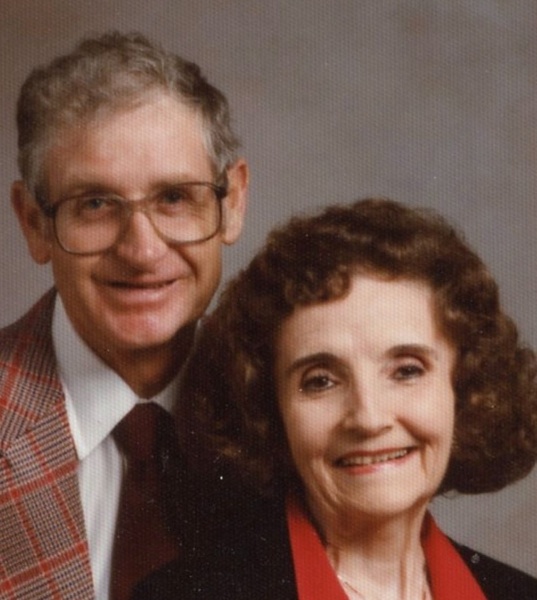 Samuel Paul Mathews 98 of Hillsboro and Bainbridge, Ohio area died Tuesday, January 23, 2022 at his home. He was born August 19, 1923, he was the seventh son of the late James Lee Roy Mathews and Bertha Ellen White Mathews of Route 136 Cherry Fork, Ohio. Paul moved to Hillsboro, Ohio the last part of April 1929 with his mother Bertha Ellen White Mathews and 12 brothers and sisters. His brother Clarence already resided in Hillsboro, Ohio as he had married. Paul lived in Hillsboro, Ohio about two years before his parents and 10 children moved to the R.E. Evans Farm on Route 138, 5 miles out of Hillsboro, Ohio, his sister Grace had since married.

Paul was of school age and rode the bus to public school in Hillsboro, Ohio. The school consisted of three different buildings, Washington that was partially used for high school and was torn down; Webster School that burnt and was rebuilt, then Hillsboro High School that was torn down in 2009.

Paul learned how to run a picture projector that was used for picture shows in a theatre at a cost of ten 10 cents per show and 5 cents for popcorn. The shows usually lasted one to two hours. Since Paul worked, his older brother Wendell helped him with his studies. The United States government drafted Paul to serve his country. He was in the Pacific Philippines as Army Air Force during World War II from 1944 -1946 before being discharged. After being discharged Paul, moved to Bainbridge, Ohio where his older brother Wendell, who had served in the Merchant Marines of World War II, now ran a restaurant.

Paul was married on September 28, 1947 to Mary Elizabeth ”Hazel” Corn of Bainbridge, Ohio. They were married 49 1/2 years before her death on January 16, 1997. Paul and Hazel had several businesses in Bainbridge, Ohio; they ran a restaurant, clothing store and Paul had a heating and cooling business for 30 years.

In recent years Paul has enjoyed traveling with a friend, Lida Benner Wall of Springfield, Ohio. They have traveled overseas to several countries and to historical sites in the United States.

He is survived by special friends, Lida Benner Wall and Charlotte Hall; several nieces and nephews, cousins, friends and neighbors.

Funeral services will be held 1 pm Saturday, January 29, 2022 at the SMITH-MOORE-EBRIGHT Funeral Home in Bainbridge, Ohio with Pastor Arlie Howard officiating. Following the service Paul will be laid to rest beside Hazel in the Bainbridge Cemetery. Friends may call from 11 am until the time of the service.

To order memorial trees or send flowers to the family in memory of Samuel Paul Mathews, please visit our flower store.