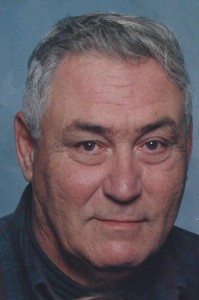 Robert W. Lee, 56, of Frankfort, died Friday morning, May 6, 2016, at University of Cincinnati Medical Center, Cincinnati. He was born on September 25, 1959 in Chillicothe, the son of Harley J. and Secelia Dyson Lee of Frankfort. On June 18, 1977 he married the former Bethany Gilmore who preceded him in death on August 18, 2012.
In addition to his parents, Robert is survived by two sons, Jason (Cassy) Lee of Greenfield, Eric Lee of Chillicothe, special friend, Jennifer Newell of Wilmington and her two daughters, Melinda (James) Davis of Port William, Rachel (Brandon) Davis of Wilmington, ten grandchildren, Gabriel, Madison and Cameron Lee, Kylie, Kennadie, Camrie, Klohie Lee, Hunter, Hayden and Landon Davis, three sisters, Debbie Lee, Marcy (Steve) Core, Rosey (Dave) Hooton, and one brother, Denny Lee, all of Frankfort.
Robert was a 1977 graduate of Adena High School, and earned his associate degree from Sinclair College. He worked for 32 years as a CNC Programmer for McKee Addison of Lebanon.
Funeral service will be held at 1pm on Tuesday, May 10, 2016 in the EBRIGHT FUNERAL HOME, Frankfort, with, Ronald Ater officiating. Friends may visit with Bob's family at the funeral home on Monday from 5 to 8 pm..

To order memorial trees or send flowers to the family in memory of Robert Wayne Lee, please visit our flower store.
Send a Sympathy Card