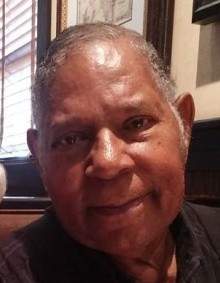 In addition to his wife Carol, Richard is survived by one daughter, Lisa Bryant of Columbus, one daughter-in-law, Julie Bryant of Walla Walla, WA, one brother, Danny L. (Nancy) Bryant of Frankfort, a special cousin, Fred Davis, a host of nieces, nephews, cousins, and supportive friends and neighbors, and his special cat, Gracie “Hissy.” Richard’s family would also like to thank the nurses, aides, and staff of Heartland Hospice for all their loving care. He was preceded in death by one son, Michael R. Bryant, one sister, Gloria Bryant, two brothers, Wendell (Bernice) Bryant, Joseph R. Bryant, and one nephew, Shawn A. Bryant.

Richard was a graduate of Buckskin High School. He was a farmer, and worked in manufacturing for DuPont, Circleville, where he retired after 31 years. Richard was a member of the Roxabel Second Baptist and Zion Baptist Churches, served as a church usher, and church treasurer. Richard was a 4-H advisor and loved to play and watch sports.

A funeral service will be held at 1pm on Monday, November 26, 2018 in the EBRIGHT FUNERAL HOME, Frankfort, with Craig Reichert officiating. Burial will follow in Greenlawn Cemetery, Frankfort. Friends are invited to visit with the Bryant family at the funeral home on Sunday from 3 to 5pm.

To order memorial trees or send flowers to the family in memory of Richard Gordon Bryant, please visit our flower store.