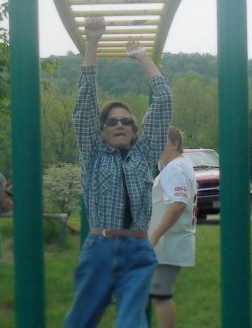 Rebecca L. Donahue, 64, of Chillicothe, went to be with her Lord on Monday, October 1, 2018, at her home. She was born on November 2, 1953 in Gary IN, the daughter of the late Eurskin Earl and Louise Minor Bridgeman. On February 15, 1977 she married Christopher Donahue, who survives.
In addition to her husband, she is survived by two sons, Shawn Donahue, and Michael Perkins, both of Chillicothe, seven grandchildren, Leah Shaffer, Mikey Perkins, Dylan Perkins, Christian Pauley, Hayden Donahue, Hayleigh Donahue, Sierra Gibson, four great-grandchildren, Logan Pauley, Preslie Shaffer, Lincoln Shaffer, Roy Gibson, one sister, Letha Bridgeman of TN, two brothers, Pete Puckett and Skinner Bridgeman, both of AL, and numerous nieces and nephews. She was preceded in death by one daughter, Dana Marie Donahue.
Rebecca worked as an assistant manager at OfficeMax, Chillicothe, and had previously worked at Hills and Ames. She was a member of Lighthouse Baptist Church, Chillicothe, and was dedicated to her family and loved ones.
A funeral service will be held at 1 p.m. on Friday, October 5, 2018 in the EBRIGHT FUNERAL HOME, Frankfort. In keeping with Becky's wishes cremation will follow. Friends and family are invited to visit with the Donahue family at the funeral home on Friday from 11 a.m. until the time of service.

To order memorial trees or send flowers to the family in memory of Rebecca Lynn Donahue, please visit our flower store.
Send a Sympathy Card