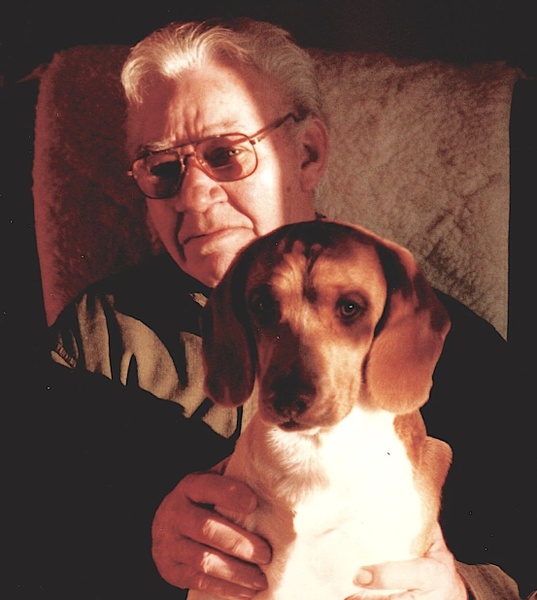 Ralph Edward Elliott 90 of Bainbridge passed from this life into Heaven Wednesday, February 9, 2022. Born to Howard and Elma (Knisley) Elliott on April 18, 1931, he was the fourth child and the last surviving sibling of seven.

On July 4, 1956, he married Helen “Lee” Jackson. They were married 63 years up to the time of her passing in October 2019. Ralph is survived by his family daughters Candace and husband John Mattison who looked after him the last five years, Denise Moss and Suzanne Palmer both of Chillicothe. Grandson Donnie Palmer of Chillicothe, granddaughter Jennifer Hunt, and great granddaughter Lilah Hunt both of Cincinnati. Ralph and Lee were both especially fond of neighbors Polly and Gerald Martin. He considered their children Bradley, Darren, Jaylon, Allison, and Jordan his grandkids. All his nieces, nephews, friends, and neighbors were Ralph’s special people.

Ralph had a strong belief in the Lord and served as third elder at Fairview CCCU alongside his father Howard who was first elder for some years. He was a Korean war veteran serving in the Army as a heavy equipment operator from 1947 until he was honorably discharged in 1952. He was extremely proud of his military service. He worked for his family’s logging business until he accepted a position as a guard at Chillicothe Correctional Institute. He retired in 1994 as head storekeeper for Ohio Penal Industries at CCI. He had many and varied interests. He traveled internationally with his wife enjoying many cruises, cross-country trips to visit family and seeing national landmarks with his nephew and his companion Paul and Sharon (Tipton) Elliott. Ralph collected and delt in stamps and coins. He made wood furniture and participated in square-dancing with Lee for several years. He was active in local American Legions and VFW’s often helping Lee with cooking and volunteering at events for veterans. He supported abandoned children in foreign ally countries. Ralph also gave many a stray dog and cat a good home with him and Lee. He Loved working around the house that he built, riding around on his beloved Gravely mower and watching the wildlife with his morning coffee. He was a kindhearted, strong, hardworking, generous, honest and smart man who instilled these values in his kids and grandkids. He will be sadly missed by all who knew him including two doggie companions Tanner and Sugar.

Funeral services will be held at 1 PM Tuesday, February 15, 2022 at the SMITH-MOORE-EBRIGHT FUNERAL HOME, Bainbridge with Rev Mike Whitley officiating. Burial will follow in the Bainbridge Cemetery with military honors by the Ross County Honor Guard. Family and friends may visit the Elliott family before the funeral on Tuesday from 11 AM until the time of service.

To order memorial trees or send flowers to the family in memory of Ralph E. Elliott, please visit our flower store.