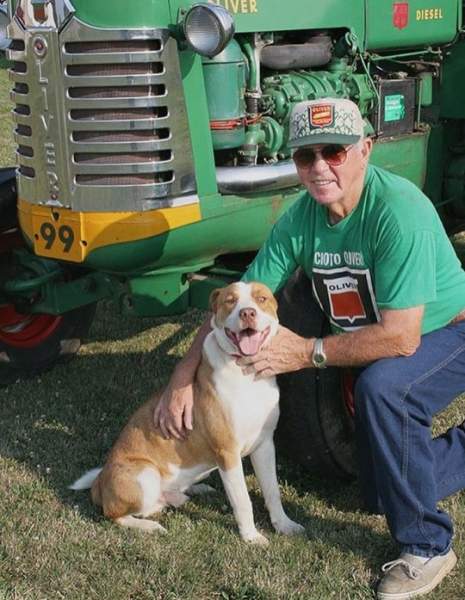 Paul was a 1951 graduate of Clarksburg High School. He was a lifelong farmer in Pickaway and Ross Counties and lived all his life in Deercreek Township. Paul was a member of the Clarksburg United Methodist Church, and attended the Pontius United Methodist Church, Circleville. He was a 60-year member of the Clarksburg Grange, and a member of both Pickaway and Ross County Farm Bureaus. Paul was a 4H member for 10 years and served as a 4H advisor. He was a member of the Hart-Parr-Oliver Collectors Association, Buckeye Oliver Collectors, and Pickaway County Cattlemen’s Association. He was a Funk’s G Seed Dealer, and part owner of Scioto Oliver Incorporated, Chillicothe.

A funeral service will be held at 11 a.m. on Tuesday, October 9, 2018 in the Pontius United Methodist Church, Circleville with Rev. John Ash officiating. Burial will follow in Muhlenberg Cemetery, Darbyville. Friends and family are invited to visit with the Drummond family in the EBRIGHT FUNERAL HOME, Frankfort on Monday from 4 to 8 p.m. A Grange service will be held at 8 p.m. In lieu of flowers, memorial contributions in Paul’s name are suggested to National Church Residences Hospice, 681 E. Third St., Waverly OH, 45690, Clarksburg Alumni Association, c/o Barb Richards, 9090 State Route 207, Clarksburg OH 43115, OR the Ross County 4H Foundation, 475 Western Ave, Suite F, Chillicothe OH 45601.

To order memorial trees or send flowers to the family in memory of Paul Eugene Drummond, please visit our flower store.