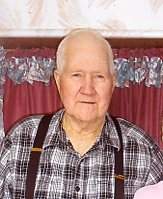 Myron worked all of his life as a carpenter, having built or worked on many of the properties in the community. He was a staple of the Bainbridge community and an avid fisherman. He was a wonderful husband and father who dearly loved his family and friends.

In keeping with Myron’s wishes cremation has taken place. A gathering of family and friends will take place from 3:00-5:00 p.m. on Saturday, July 14, 2018 in the SMITH-MOORE-EBRIGHT FUNERAL HOME, Bainbridge. In lieu of flowers, please make a contribution in Myron's memory to the Paxton Area Life Squad or to the funeral home to help with expenses.

To order memorial trees or send flowers to the family in memory of Myron W. Yoakem, please visit our flower store.