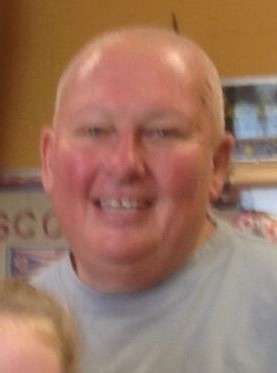 Mike A. Hawkins, 63, of Frankfort, left for his heavenly home on December 5, 2017 at Riverside Methodist Hospital, Columbus. He was born January 5, 1954 in Chillicothe, to the late Clyde and Dorothy Osborn Hawkins.

Surviving is his wife of 41 years, the former Rose Birchfield whom he married on December 4, 1976, his two beloved children, Jennifer (Zack) Ater of Frankfort, Jeremy (Kaylei) Hawkins of Frankfort, brothers, Dan (Susan) Hawkins of Clearwater FL, Ryan (Laura) Hawkins of Holly Springs NC, his two precious granddaughters whom he loved so much, Cheyanne Rose Ater and Abbigail Rose Hawkins, and uncle, Robert (Donna) Hawkins of Chillicothe. Mike was preceded in death by one sister, Charlotte Lynn Hawkins, and one brother, Gary Hawkins.

Mike was a 1973 graduate of Adena High School. He retired from Budd Company and the Ross County Sheriff's Office. He was a lifelong member and assistant fire chief of Concord Township Fire Dept., personal secretary to Shawn Harper of Harper’s Garage, Frankfort, a member of Frankfort Lodge #309 Free and Accepted Masons, and a member of the Shriners-Valley of Columbus. Mike also worked the general admission booth and gave out friendly welcomes at the 35 Raceway.

Mike's family wishes to thank the community and the “guys at Harper’s” for their love and prayers.

In keeping with Mike's wishes, no calling hours will be observed. Friends and relatives are asked to attend a graveside service at 3 pm in Greenlawn Cemetery, Frankfort on Friday, December 8, 2017, with Pastor Paul Winks and Don Ringer officiating. Masonic services will be held at the graveside. In lieu of flowers, the family requests that memorial contributions be made in Mike’s memory to the Concord Township Fire/EMS, c/o Shawn Harper, 343 2nd St., Frankfort OH 45628. The EBRIGHT FUNERAL HOME is serving the family.

To order memorial trees or send flowers to the family in memory of Mike A. Hawkins, please visit our flower store.