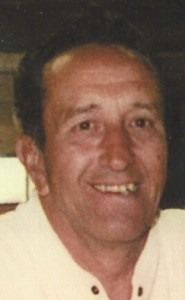 In addition to his parents and wife he was preceded in death by his grandma, Alpha Dotson, and his stepmother, Mary Bobo Dotson, who raised him after his mother's death; daughter and son-in-law, Marla and Mark Beeler; daughter-in-law, Debbie Dotson; 4 grandchildren; 2 sisters, Barbara Dotson and Peggy Mendenhall and a brother, Gordon Dotson.

Sam dearly loved his family and his church. He enjoyed woodworking, traveling and bluegrass music. He also loved playing guitar. He was also the oldest living member of Storms Chapel where he had been a member for more than 65 years.

The family would like to thank the staff at the Adena Cancer Center, Greenfield Rehab and the Adena Hospice for the care given to Sam the last few months.

Funeral services will be held 11 am Wednesday, April 13, 2016 at Storms Chapel with Pastor Sammie Cooper and Rev. Dane Knapp officiating. Burial will follow in the Bainbridge Cemetery. Friends may visit with Sam's family from 5-8 pm Tuesday at the SMITH-MOORE-EBRIGHT Funeral Home of Bainbridge and from 10 am until the time of service at the church on Wednesday.

To order memorial trees or send flowers to the family in memory of Marlyn Erwin "SAM" Dotson, please visit our flower store.
Send a Sympathy Card