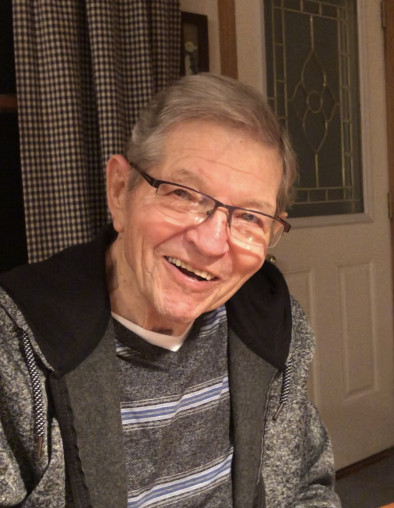 Marion Z. Dawson, 89, of Plano Road, Washington CH, passed from this world at 9:30 a.m., Thursday, December 3, 2020. He had been a resident of Traditions in Chillicothe since August 2020. Marion was the first of four sons born to Marion B. and Laura Ellen Zurmehly Dawson on August 11, 1931 at the home of his maternal grandparents, Guy and Louella Jones Zurmehly, located just south of Clarksburg, Ohio. On June 10, 1955, he married Ann Wamsley and they shared 52 years together until her death on April 22, 2008.

Marion was a 1949 graduate of Frankfort High School where he received the FFA State Degree. He served in the U.S. Army from 1955 to 1957 stationed at Ft. Meade, Maryland. He returned to the family farm where he actively worked until 2009. Marion was a member of the Frankfort United Methodist Church where he served on the church board, sang in the choir, and taught the Men’s Sunday school class for years. He was a part of the Greater Scioto Valley Emmaus community having served on two Emmaus walks.

Throughout his life, he enjoyed serving the community. For many years he was the Austin precinct Republican committeeman; a member of the Ross County Republican party central committee and contributed his time and energy to the annual Republican Fish Fry in the Chillicothe City Park. Marion also lent his saxophone talent to the Great Seal Band. Marion was also an Adena School Board member for over 25 years and was recognized by the Ohio School Board Association for his attendance record, having missed only one meeting during his terms due to being hospitalized for open heart surgery. Marion spent his retirement years with family and friends. He could be found most every day having his morning coffee and lunch somewhere in Frankfort. He was considered a member of the Frankfort Liar’s Club that had daily meetings at the Dairy Cone.

Marion will be remembered as a devoted husband and father. His generosity was second to none. His kind, gentle, good natured demeanor has left a mark in our hearts. Special thanks to Margi and Ashley of National Church Residences, and Dusty and Deborah of Visiting Angels for their thoughtful care.

Graveside service will be held at ­­­­11 a.m. on Tuesday, December 8, 2020 in Greenlawn Cemetery, Frankfort with Pastor Neil Foster. All in attendance will be required to wear facial coverings and observe social distancing guidelines. No calling hours will be held.

To order memorial trees or send flowers to the family in memory of Marion Z. Dawson, please visit our flower store.