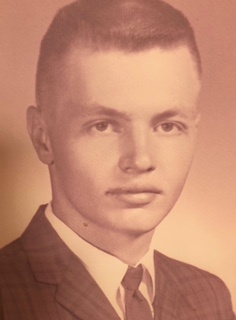 Lloyd Albert “Boog” Moss, Jr., lost his life to COVID on Wednesday, November 18, 2020 at the Adena Regional Medical Center. He was born on February 16, 1949 to Lloyd and Dora Payne Moss, Sr. who preceded him in death. His nephew, Jason Huffman and brother-in-law John Miller also preceded him in death. He married Terry (Puckett) Moss the love of his life for fifty-four years on January 12, 1970. Also surviving are daughters, Lloyreen Lynn Moss Fraser (Maria) and Marie Jean Swisher (Herman); sisters Patricia Miller and Susan (Mark) Storer and brother, Earl (Ellen) Moss as well as several nieces and nephews. Lloyd had four grandchildren, Kaylynn Ott, Nathanial Swisher, Gabrial Swisher and his little buddy Sawyer Swisher. His two best friends were David and Carolyn Lee who he worked with for several years.

He loved going to the Lee’s farm to help David and Carolyn. He loved watching westerns, Country Music television, The Weather Channel, The Wrestling Channel and MSNBC. He will be greatly missed, but we know he is with the Lord.

A graveside service will be held on Monday, November 23, 2020 at 11 a.m. in Greenlawn Cemetery, Frankfort. In accordance with COVID 19 guidelines, everyone attending will be required to wear a face mask and maintain social distancing. No calling hours will be held.

To order memorial trees or send flowers to the family in memory of Lloyd Albert Moss, Jr., please visit our flower store.