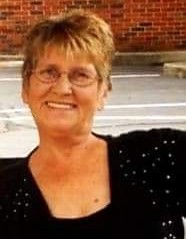 Linda Diane Robinette, 68, passed away on Saturday, December 28, 2019 at the Adena Regional Medical Center, Chillicothe. She was born on Friday, June 8, 1951 in Detroit, Michigan, the daughter of the late RC and Ethel Johnson Corey.

Funeral service will be held on Thursday, January 2, 2020 at 1 p.m. in the EBRIGHT FUNERAL HOME, Frankfort. Burial will follow in Greenlawn Cemetery, Frankfort. Friends and relatives may visit with Linda’s family on Thursday from 11 a.m. to the time of service.

To order memorial trees or send flowers to the family in memory of Linda D. Robinette, please visit our flower store.
Send a Sympathy Card