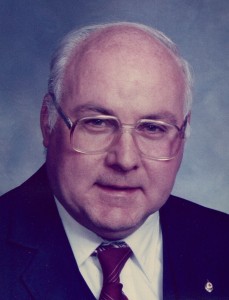 Linda Kay Alexander, 72, of Chillicothe, died at 6:23p.m. on Tuesday, March 29, 2016, at Adena Regional Medical Center, Chillicothe. She was born on September 16, 1943 in Kingston, the daughter of the late Russell L. and Alice Smith Alexander.
She is survived by three children, Russell Alexander of Chillicothe, Richard (Missy) Alexander of Chillicothe, and Robin (Adam Uhrig) McVey of Frankfort, eight grandchildren, six great-grandchildren, her best friend, Harold Alexander of Chillicothe, and her beloved pets, Peanut and Kitty. She was preceded in death by one daughter, Rhonda Schobelock, two brothers, and six sisters.
Linda was a 1961 graduate of Centralia High School, and she retired from Chillicothe Kmart. She was a member of the Ross County Senior Citizens organization and was named Senior Citizen of the Year.
Visitation will be held from 4 to 6p.m. on Saturday, April 2, 2016 in the EBRIGHT FUNERAL HOME, Frankfort. In accordance with Linda's wishes, cremation will follow. The Ebright Funeral Home, Frankfort, is serving the family.

To order memorial trees or send flowers to the family in memory of Linda Kay Alexander, please visit our flower store.
Send a Sympathy Card