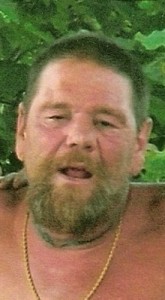 Kenneth E. "Pete" Roll, 90, of Frankfort, died at 7:05 a.m. on Friday May 20, 2016, in Westmoreland Place, Chillicothe. He was born on September 15, 1925 in Ross County, the son of the late John and Dorothy Shepler Roll. On August 24, 1947 he married the former Thelma "Lee" Williams who survives.
Also surviving are a son, Woody Roll, one son and daughter-in-law; Kevin and Debbie Roll all of Frankfort, two grandsons; Nick Milliken and Clay Roll (Cadie), one sister; Juanita "Sue" Morris of Jacksonville, FL, two brothers; Charles Roll of Columbus and Richard Tate Roll of Attle, MA. He was preceded in death by three brothers; Roy, George and Norman Roll.
Pete was a 1943 graduate of Buckskin High School. He served in the US Navy aboard the U.S.S. South Dakota in World War II. Pete then worked as a Recreation Specialist at the Chillicothe VA Medical Center and retired after 31 years of service. He and his wife owned and operated Kenlee Trophies in Frankfort for twenty two years. He was a member of the Joseph Ellsworth White Post 483 - American Legion.
Pete was a well known High School sports official in Football, Basketball, Baseball and Softball spanning over fifty years. He served as Secretary of the Chillicothe Officials Association for more than fifteen years. In 1995, Pete was inducted into the Ohio High School Officials Association Hall of Fame.
In keeping with Pete's wishes, cremation will take place. Family and friends are asked to attend a graveside service at 11am on Tuesday, May 24, 2016 in the Greenlawn Cemetery, Frankfort with Pastor Neil Foster officiating. Military honors will be accorded by the Frankfort American Legion. No calling will be observed. In lieu of flowers, the family requests memorial contributions be sent to the Frankfort American Legion, PO Box 4, Frankfort, OH 45628. The EBRIGHT FUNERAL HOME of Frankfort is serving the family.

US Navy
WWII Victory Medal
The insignias listed here may be subject to copyright and / or trademarked. Those copyrights and trademarks are owned by the respective organizations.

To order memorial trees or send flowers to the family in memory of Kenneth E. "Pete" Roll, please visit our flower store.
Send a Sympathy Card