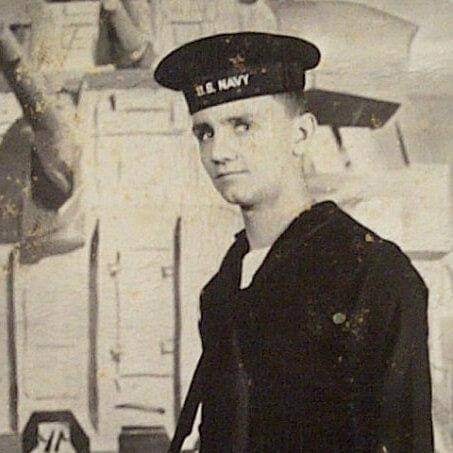 Joseph Delbert Sullivan, 93, of Frankfort, passed away Thursday, March 19, 2020 at Valley View Alzheimer Care Center, Frankfort, following a brief illness. The son of the late Dewey and Florence Parker Sullivan, Joe was born on Sunday, May 6, 1926, in Ross County, Ohio and lived most of his life in the Frankfort area. Siblings include his sister, Betty McCollister, and brothers, Robert, William, Glen and James.

He was a retired licensed general contractor and enjoyed woodworking, gardening and any activity that allowed him to be in nature. He was a member of the Joseph Ellsworth White Post 483 - American Legion, the Veterans of Foreign Wars and the Frankfort Lodge 309, Free and Accepted Masons.

At age seventeen, Joe enlisted into the United States Navy and served in the Pacific Theater aboard the USS LST-672. Joe was proud to have served in the US Navy and in 2011, he was intervewed as part of the Veterans History Project, a personal accounting of American war veterans maintained by the Library of Congress so future generations may hear directly from veterans about the realities of war. His interview, along with thousands of other veterans can be viewed at https://www.loc.gov/vets/.

Survivors of the immediate family include his son Keith and his wife Vickie of Chillicothe, daughter and her husband David Joseph of Benton City, Washington, his grandchildren, Ryan Sullivan of Tuscon, Arizona, Sara Sullivan and her spouse Matt Porter of Lowell, Massachusetts, Larry Throckmorton, Jr. and his wife Laura and sons Trevor and Adam of Mount Sterling, Ohio.  He was also survived by his brother Glen of Chillicothe. He was preceded in death by his sister, Betty McCollister.

Because of the circumstances surrounding the pandemic, to protect public health, private graveside services will be held at a future date at Greenlawn Cemetery in Frankfort, Ohio. The EBRIGHT FUNERAL HOME of Frankfort is in charge of arrangements. In lieu of flowers, the family asks that you give to Concord Township EMS. PO Box 616, Frankfort, OH 45628 The family wishes to thank the nursing home staff for the compassionate care provided to Dad during the final weeks of his life. They want to especially acknowledge and thank two very special people who helped their Dad to live independently in his home during his final years, Mr. Mike Morris and Penny Clifford as well as the Veterans Affairs Medical Center for their care and services.

To order memorial trees or send flowers to the family in memory of Joseph D. Sullivan, please visit our flower store.