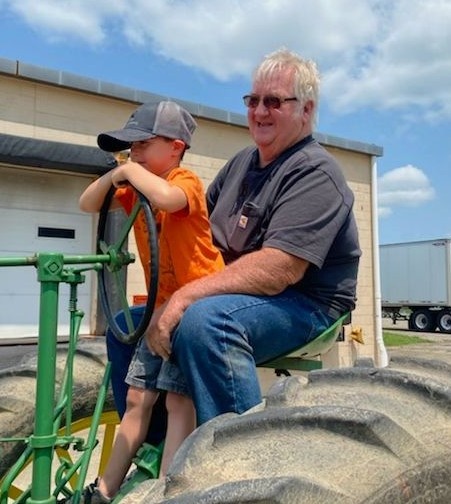 John was a 1974 graduate of the Edward Lee McClain High School. If you knew John Wagoner, you always knew where you stood with him, good or bad. John was a well-known General Contractor in Greenfield and touched many lives. He was not afraid to tackle any job and worked many long hours. Through his work, John was able to touch many lives and reach out a helping hand too many organizations and people. He was a member of the Greenfield Lions Club.

A funeral service for John will be held at 11 a.m. on Tuesday, December 28, 2021, in the Greenfield First Presbyterian Church with Rev. Mike Anderson officiating. Following the service, John will be laid to rest in Greenfield Cemetery. A gathering will be held in the back room of the eagles following graveside services. Family and friends can visit with his family on Monday from 5 to 8 p.m. at the church. Memorial contributions are suggested to Nationwide Children’s Hospital, PO 16810, Columbus OH 43126, or to St. Jude Research Hospital, 501 St. Jude Place, Memphis, TN 38105. To assist John's family in funeral expenses click here.