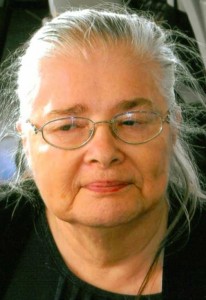 John Caldwell Timmons, age 73, passed away on Thursday, June 2, 2016 at Kobacker House in Columbus. Born December 21, 1942 in Chillicothe, John was a native of Clarksburg, and attended Clarksburg schools, graduating from Clarksburg High School in 1960. He was a member of the basketball and baseball teams, played in the band and was active in 4-H. After graduating from Marietta College in 1964, he served in the Peace Corps until 1967, teaching school in Asbe Tefari, Ethopia. While there he was able to travel throughout Africa, Asia and Europe. In 1965 he traveled to Tanzania and summited Mt. Kilimanjaro after a three day climb.
Following his return from Ethiopia, John taught school in the Columbus Public Schools for several years and enrolled in graduate studies at the Ohio State University. In 1972, he began farming in Pickaway County, an occupation he continued most of his life. For about three years he was also a volunteer EMT on the Circleville EMS squad.
Preceded in death by his father Pryor Brown Timmons and mother Elizabeth Caldwell Timmons, John is survived by a sister, Ann Timmons Root of Upper Arlington, a brother, Pryor Brown (Donna) Timmons, Jr. of Hilliard; nieces and nephews, Beth Root (Chris)Maisenbacher, Ralph (Peggy) Root, III, Wesley (Cindy) Root and Bradley Root all of Upper Arlington; Amy Timmons(Brian) Hague of Wilmette, IL and Laura Timmons (Paul) Schmid of Milford, OH and many grand nieces and nephews.
A funeral service will be held on Tuesday, June 7, 2016 at 11 a.m. in the EBRIGHT FUNERAL HOME, 55 W. Springfield St., Frankfort with burial to follow in Brown's Chapel Cemetery, Clarksburg. Friends may visit with John's family on Monday from 6 to 8 p.m. at the funeral home. In lieu of flowers, memorial contributions may be made to the Clarksburg High School Alumni Association Scholarship Fund, c/o Virginia Tarbill, 230 St. Claire Dr., Chillicothe, OH 45601, the Clarksburg United Methodist Church, PO Box 92, Clarksburg, OH 43115 or to the Kobacker House Hospice, 800 McConnell Dr., Columbus, OH 43214.

To order memorial trees or send flowers to the family in memory of John Caldwell Timmons, please visit our flower store.
Send a Sympathy Card