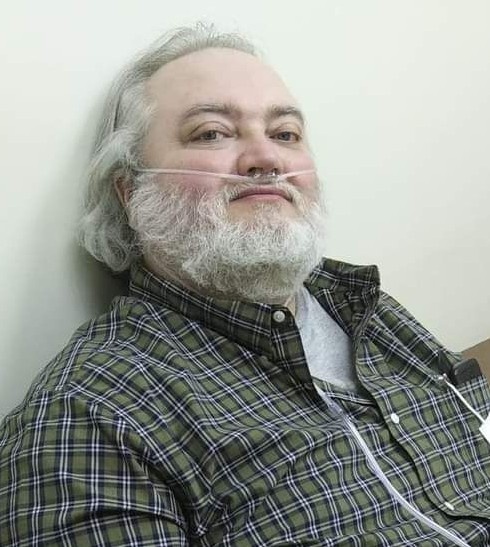 
He is survived by his wife, Lori, his parents, Kenneth and Ollie Rosenberger of Clarksburg, his three children, Tiffany Rosenberger of Chillicothe, Noah and Emily Rosenberger both of Clarksburg, one grandson, Tyson Eugene Corbin Maxwell, two sisters, Patty and Loretta Rosenberger both of Kingston. John is also survived by several nieces, nephews, cousins, extended family and many close friends. He was preceded in death by his maternal grandparents, Forrest and Louella Davis and his paternal grandparents, Everett and Marjorie Rosenberger.

John was a 1988 graduate of Adena High School and Pickaway Ross Vocational School where he was in the Auto Body class. He worked in the Paint Department at Kenworth Truck Company for many years. John had served as a volunteer with the Deerfield Township Fire Department. He loved blue grass music and was a Star Trek fan.

Funeral services will be held at 12 pm, Wednesday, September 15, 2021 at the EBRIGHT FUNERAL HOME, Frankfort with Pastor Cliff Rowe officiating. Following the service, he will be laid to rest in Brown’ Chapel Cemetery, Clarksburg. Friends and relatives may visit with his family at the funeral home on Tuesday from 6 to 8 p.m.

To order memorial trees or send flowers to the family in memory of John E. Rosenberger, please visit our flower store.