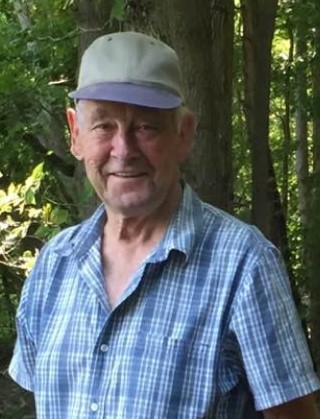 John “Jack” Hirsch, of Frankfort, passed peacefully on Tuesday, December 5, 2017 surrounded by his family following an extended illness. He as born January 20, 1935 in Chillicothe to J. Leo and Theresa C. Bigler Hirsch. On Aug. 20, 1960 Jack married Linda Miner and the two enjoyed 57 years of marriage together.

Jack was a 1953 graduate of Catholic Central High School. He served in the United States Navy and retired after 35 years from Mead Chilpaco. Jack was a member of St. Benignus Catholic Church, Greenfield.

Jack’s most enjoyable hours were spent with is family, raising black angus cattle, scouting a field for Native American relics or mushrooms, and raising delicious fruits and vegetables in his garden. Jack also enjoyed listening to country music on the radio and watching it on TV.

Jack’s family wishes to thank the caregivers who cared for us during our father’s illness; Dr. Dale and Susie Reno, and the compassionate staff in the ICU at Adena Hospital.

A funeral mass will be celebrated at 10:30 am on Saturday, December 9, 2017 in the St. Benignus Catholic Church, 204 South Second St., Greenfield with Father Mike Paraniuk officiating. Burial will follow in Greenlawn Cemetery, Frankfort. Friends may visit the Hirsch family on Saturday at the church from 9 to 10:15 am. Memorial contributions are suggested to St. Vincent DePaul Society, 214 Mirabeau St., Greenfield OH 45123.

To order memorial trees or send flowers to the family in memory of John "Jack" Joseph Hirsch, please visit our flower store.