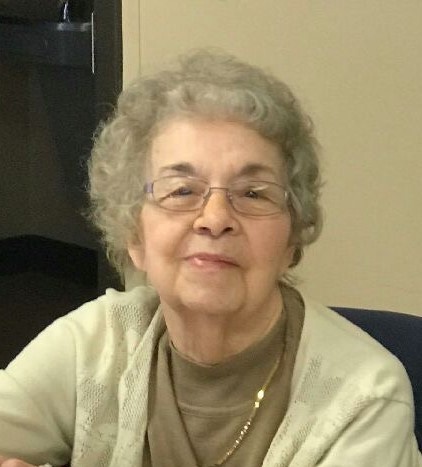 Jeanette worked as a cashier at the Kroger store in Greenfield and she retired in 1975. She was a member of the Good Shepherd United Brethren Church. She had been a volunteer for the Greenfield Area Christian Center’s Food pantry for many years. In her spare time, she was an avid reader.

Funeral services will be held on Monday, December 16, 2019 at 2 p.m. at the ANDERSON-EBRIGHT FUNERAL HOME, Greenfield with Rev. Mike Anderson officiating. Jeanette will be laid to rest beside her husband, Bud, in Gilboa Cemetery, New Petersburg. Family and friends can visit at the funeral home on Monday from noon until the time of the service.

To order memorial trees or send flowers to the family in memory of Jeanette L. Taylor, please visit our flower store.