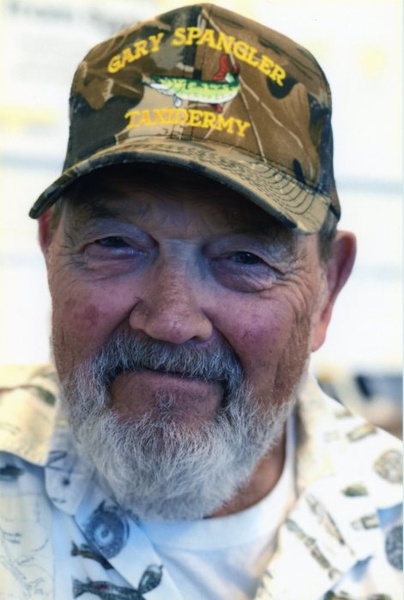 James A. Mettler, Sr. 87 of Bainbridge died 8:35 am Sunday, April 12, 2020 at his home. He was born June 27, 1932 in Ross County the son of the late George and Lela (Thornton) Mettler. In 1950 he graduated from Bainbridge High School. On August 18, 1952 he married Hazel L. Southers Mettler who died, March 25, 2016.  They are parents of James (Sandy) Mettler Jr., Bob (Vicky) Mettler, Julie Spangler and Peggy (Tim) Cleland; grandpa of several grandchildren, great grandchildren and a brother to Marilyn Spindler. In addition to his parents and wife Jim was preceded in death by his son-in-law Gary Spangler; brothers Francis, George and Jack Mettler and sister Rita Grubb.

James was an Army Veteran of the Korean War. He retired from the Mead paper mill. In his lifetime he was a member of the Bainbridge Masonic Lodge #196, the Bainbridge Volunteer Fire Dept and Paxton Township Trustee. Jim was the best fish fryer for the Bainbridge community for decades, frying for the PV Boosters, PV Youth League, PV football games, meet the teams, and the Fire Dept. Jim enjoyed fishing, mowing and watching his grand-kids play sports.

A private graveside service will be held in the Bainbridge Cemetery at the convenience of the family, with Mike Reed officiating. No calling hours will be observed. The SMITH-MOORE-EBRIGHT Funeral Home of Bainbridge is serving the family.

The family would like to send a special thanks to the National Church Residences Hospice and in lieu of flowers the family request contributions be made to the Hospice at 681 East 3rd street Waverly, OH 45690.

To order memorial trees or send flowers to the family in memory of James A. Mettler, Sr., please visit our flower store.