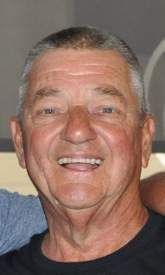 James A. Glaser, 75, of Plain City, died Monday, August 27, 2018 at Riverside Methodist Hospital, Columbus.  He was born June 15, 1943 in Bellaire OH, the son of the late Albert and Gertrude Johnson Glaser.  On April 20, 1984 he married his soul mate, the former Lori Ellison, who survives.

Jim has always been a hard worker and began working at a young age hauling and loading produce for his dad.  After graduating from high school, Jim began working for Otis Elevator Company, first as a maintenance mechanic and then as a maintenance supervisor, and retired in 2000 after 37 years of service.  Jim had a heart of gold, a wonderful sense of humor, and was full of life, laughter and love.  He took great pride in his children and their families.  He was an avid fan of his many grandchildren’s activities and enjoyed spending time with family and friends.  Jim helped everyone who needed help and he will be missed so much by all who knew and loved him.

To order memorial trees or send flowers to the family in memory of James A. Glaser, please visit our flower store.