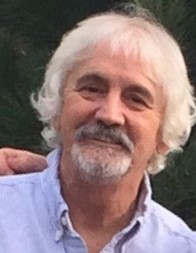 Fuzz loved watching drag racing but his true passion in life was spending time with all of his family.  He was full of love and wanted to help others in any way possible. He filled a big role in many people’s lives. He was also a member of the Sabina Church of Christ

Funeral services will be held 2 pm Friday, May 4, 2018 at the Rainsboro Church of Christ with Don Thomas, Troy Villars and Jeff Satterfield officiating. Burial will follow in the Rhoads Friends may call from 11 am until the time of the service at the Church.

The SMITH-MOORE-EBRIGHT FUNERAL HOME of Bainbridge is serving the family.

To order memorial trees or send flowers to the family in memory of James "Fuzz" Mike Bowles, please visit our flower store.
Send a Sympathy Card