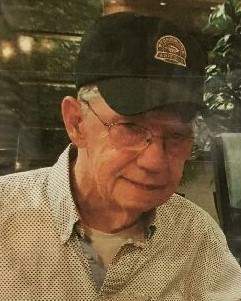 Jack E. Dearth, 77, of Scottsdale AZ, went home to the Lord on March 13, 2018. He was born on June 30, 1940 in Chillicothe, Ohio.
Jack is survived by his wife, Linda, son, Daniel, step-daughters, Kim (Erin) and Christy (Ed), sister, Sandy (James Stewart) Huffman of Frankfort, eight grandchildren, and special friends, Mack & Kathy Steinbrook, and John Waugh of Chillicothe. Jack was preceded in death by his mother, Ruth Cox, father, Carl Dearth, brother Bill, and special aunt, Katie Kitchen.
Jack will be remembered for being a talented barber, for his quick wit, his love of country dancing, his love of golf and his love and devotion to his wife and family.
A memorial service will be held at Messinger Pinnacle Peak Mortuary in Scottsdale, on Saturday April 14, 2018.

To order memorial trees or send flowers to the family in memory of Jack E. Dearth, please visit our flower store.