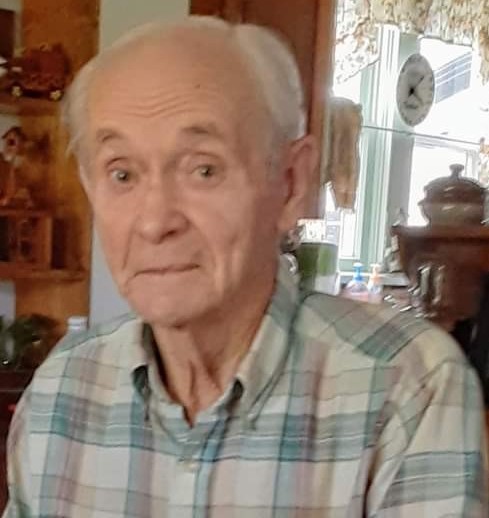 He was a 1949 graduate of New Holland High School, where he played baseball, basketball and participated in the class play. In 1956, he and his family moved to Greenfield, Ohio and worked on a farm on Beatty Road. In 1965, the family moved to Maple Lane Farm on Rapid Forge Road and lived there for many years. He spent his retirement years on Alleviation Acres, a farm he owned on Moon Road. He enjoyed dancing, traveling, woodworking and spending time with his family, grandchildren and great - grandchildren.

He is survived by four daughters, Sylvia McClure of Indianapolis, IN, Debbie (Jim) McCreary of Los Altos Hills, CA, Susan (Max) Potter of Chillicothe, Ellen Dennis of Columbus, and two sons, Hugh Dennis of South Salem, and Wesley (Kim) Dennis of Greenfield; eleven grandchildren and their spouses and many great-grandchildren, along with his special partner, Dotty Mullikin. He also is survived by many nieces and nephews. He was preceded in death by his sisters, Jean Hunt and Anabel Rhinesmith and brothers Bill and Robert Dennis and a son-in-law, Steve McClure

The family extends a special thank you to the staff at ProMedica Hospice for the loving and exceptional care given to Hugh and to Anderson-Ebright Funeral Home for their caring support. A private service is being planned. Those who wish to leave a memory of Hugh and sign his online register may do so at www.ebrightfuneralhome.com.

To order memorial trees or send flowers to the family in memory of Hugh Dennis, Jr., please visit our flower store.