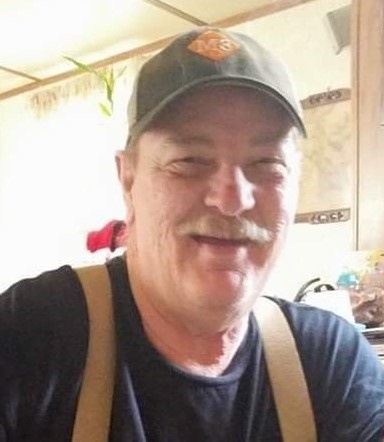 Herman E. “Red” Washburn, Jr., 73, of Zanesville, passed away on Thursday, July 1, 2021 at Genesis Hospice Care Morrison House, Zanesville. He was born on Wednesday, April 7, 1948 in Washington C.H., the son of the late Herman E., Sr. and Gladys Brown Washburn. He is survived by his wife, Peggy Polly of Zanesville, three daughters, Shelly (Wes) Merritt of Frankfort, Candi (Edward) Fryer of Greenfield, Frances Washburn of Moraine, one step-daughter, Stacy Fleegle and one step son, Kyle Richards both of Zanesville, fifteen grandchildren and twenty nine great grandchildren. He is preceded in death by his first wife and the mother of his children, Alma Carr Washburn, one son, Richard Lee Washburn, one step great grandson, one sister, Betty Dabe and two brothers, Bob Brown and Michael Washburn.. Herman was a retired truck driver. He loved motorcycles and the time he spent hunting and fishing. A funeral service will be held on Wednesday, July 7, 2021 at 1 p.m. in the ANDERSON-EBRIGHT FUNERAL HOME, Greenfield. Burial will follow in Greenfield Cemetery. Family and friends may visit at the funeral home on Wednesday from 11 a.m. until the time of the service.
To order memorial trees or send flowers to the family in memory of Herman Washburn, Jr., please visit our flower store.