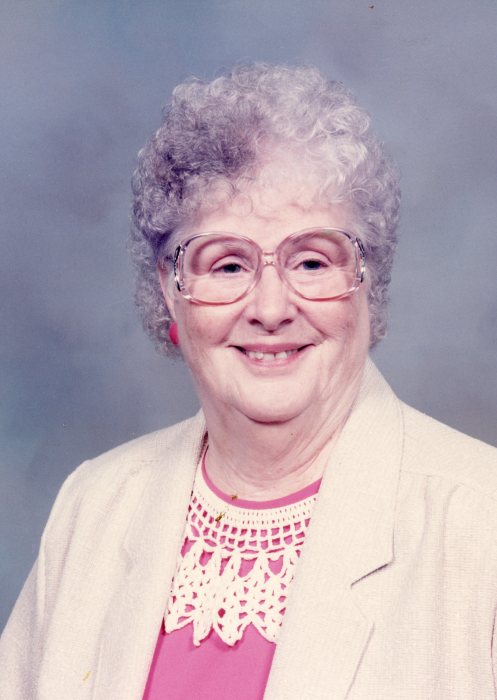 Helen L. Thompson, 96, of Chillicothe, passed away on Friday, September 6, 2019 at her home after an extended illness. She was born on Saturday, October 7, 1922 in Pickaway County, the daughter of the late Crate and Stella Collins Thompson. On January 21, 1940 she married Carvel D. Thompson and he preceded her in death on June 3, 1982.

Helen was a loving and devoted wife and mother. Early years in Helen’s life she enjoyed teaching Sunday School at Dry Run United Methodist Church and later years she attended Brookside Church. She was one of the first students that attended Unioto School when it opened in 1936. She loved to knit and crochet and belonged to the Chillicothe Knitting Club. Playing board games with cousin Ruby and traveling with friends was also one of her passions.

A funeral service will be held at 1:00 p.m. on Tuesday, September 10, 2019, in the EBRIGHT FUNERAL HOME, Frankfort with Rev. Jack Norman officiating. Following the service, Helen will be laid to rest beside her husband in Springbank Cemetery. Family and friends may visit with the Thompson family at the funeral home on Tuesday from 11 a.m. until the time of the service. For those who wish, memorial contributions are suggested to National Church Residence Hospice, 681 E Third Street, Waverly, OH 45690.

To order memorial trees or send flowers to the family in memory of Helen L. Thompson, please visit our flower store.
Send a Sympathy Card