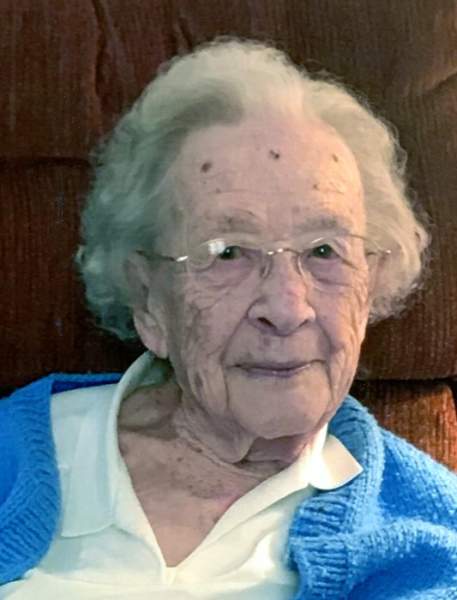 Hazel was a 1932 graduate of the Frankfort High School. She became a member of Tyler Memorial Church in Chillicothe in 1934. In 1953, she and her husband owned and operated a gas station and hardware store known as Brook’s Texaco in Bourneville. She then became a member of Bainbridge United Methodist Church. She and her husband retired in 1980 bringing them back to Chillicothe where she resumed membership at Tyler Church. She taught the Adult Friendship Sunday School Class for many years until she became home bound. She also sang in the choir for many years. After Hazel lost her husband,  she volunteered for Adena Hospital giving them nine years of service.

A graveside service will be held at the convenience of the family at Greenlawn Cemetery, Frankfort with Pastor Sam Mincey officiating. Following the service, Hazel will be laid to rest beside her husband. The EBRIGHT FUNERAL HOME, Frankfort is serving the family. No calling hours will be held. Hazel’s family kindly ask that no flowers be sent. Those that would like to make a memorial contribution may do so to Tyler Memorial UMC, 260 Mill Street, Chillicothe, OH 45601.

To order memorial trees or send flowers to the family in memory of Hazel C. Brooks, please visit our flower store.