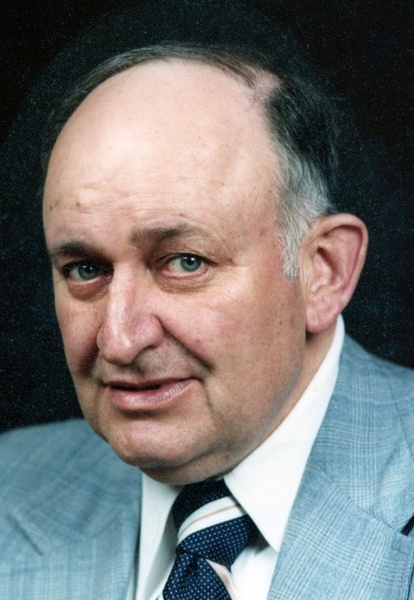 Harry V. Turner was born at Marshall, Ohio on Monday, July 16, 1928 to Rose and Branson Turner. He graduated from Marshall High School in 1946. On April 14, 1951 he married the former Betty Sollars. He and Betty have lived outside of Greenfield on a farm and have traveled extensively throughout the United States.

Mr. Turner is survived by his wife Betty, a Greenfield graduate and their four children; Sally (Dana) Kennedy of Mentor, OH, Jenny of Bradley, IL, Jerry of Greenfield and Larry (Lynn) of Denver CO. Harry and Betty have one grandson, Andy Kennedy of Mentor.

He went to Wilmington College and received a Bachelor of Science in Education in 1951. Mr. Turner earned a Master's in Education from Ohio University in 1958 and later took additional courses from Xavier University. Mr. Turner served in the United States Army in the 101st Airborne and the Eighth Army Medics.

Mr. Turner began his teaching career at New Petersburg in grades five and six from 1949 to 1951. An opening became available for a seventh and eighth grade science teacher in the Greenfield Exempted Village Schools for which he applied and was employed. He remained in this position from 1951 to 1958. Following this he became Assistant Principal from 1959 to 1965. Later he became the Principal of the Edward Lee McClain High School from 1966 to 1979 from which he retired after 30 years of service in education.

Following retirement he worked for the Kenworthy Seed Co., sold real estate, was Director of Adult Education at the Laurel Oaks Vocational School and was the first Executive Director of the Highland County Chamber of Commerce.

Due to the COVOID -19 Global Pandemic, a private family funeral will be held at the Greenfield Church of Christ. Burial will follow in the Greenfield Cemetery with military honors accorded by the Concerned Veterans of Greenfield. A public Memorial Service will be held and announced at a later date when it is safe for the public to gather. Mr. Turner's funeral service will be webcast through the funeral home's website, www.ebrightfuneralhome.com beginning Friday March 27, 2020 at 11 a.m.  As a register book, those who wish may sign Mr. Turner's online register at www.ebrightfuneralhome.com.

In lieu of flowers, memorial contributions can be made to the Greenfield Church of Christ, 955 W. Jefferson Street, Greenfield, OH 45123

To order memorial trees or send flowers to the family in memory of Harry V. Turner, please visit our flower store.