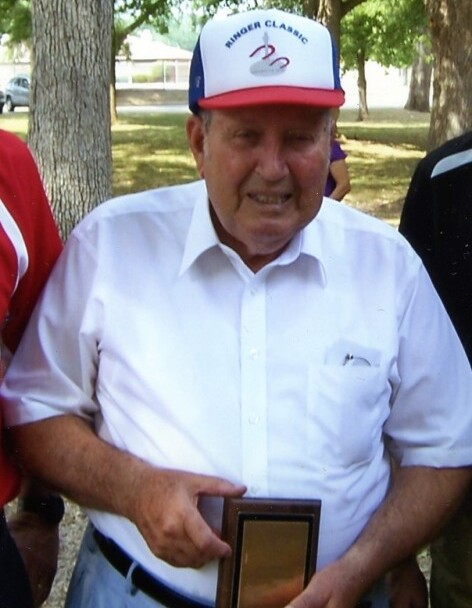 Harold L. Wipert 93 of Camelin Hill, Chillicothe passed from this life Wednesday, October 14, 2020 at Adena Regional Medical Center, Chillicothe. He was born March 19, 1927 in Ross County the son of the late Fred and Ruby (Walls) Wipert.  On March 11, 1947 he married the former Virginia Louise Kellough, who passed away on Thursday, March 15, 2007.

In addition to his parents and wife he was preceded in death by a daughter Retha; sisters, Marjorie Shields and Mildred Addy and a brother Lawrence Wipert.

Harold was a 1945 graduate of Twin High School, a Navy veteran of World War II and he was a retiree from the Chillicothe VA. He was a member NHPA and American Legion Post 757 of Chillicothe. Harold was quite the storyteller and he enjoyed trap shooting and woodworking.

Harold’s horseshoe pitching career began nearly sixty years ago. His diligent practice allowed him to become both Ross County and SE Ohio District Champion many times. He also competed in state and national tournaments in Ohio, WVA, AL and NC. It was there he defeated several state champions and three world champions including Walter Ray Williams.  His home is decorated with dozens of trophies and plaques that document those events. Harold was most recently honored in 2011 with an induction into the Ohio State National Horseshoe Pitchers Association Hall of Fame for his many accomplishments.

Private services will be held Saturday at the Smith-Moore Funeral Home in Bainbridge with Rev. David Marhoover officiating.  Burial will follow in the Twin Township Cemetery.

To order memorial trees or send flowers to the family in memory of Harold L. Wipert, please visit our flower store.
Send a Sympathy Card