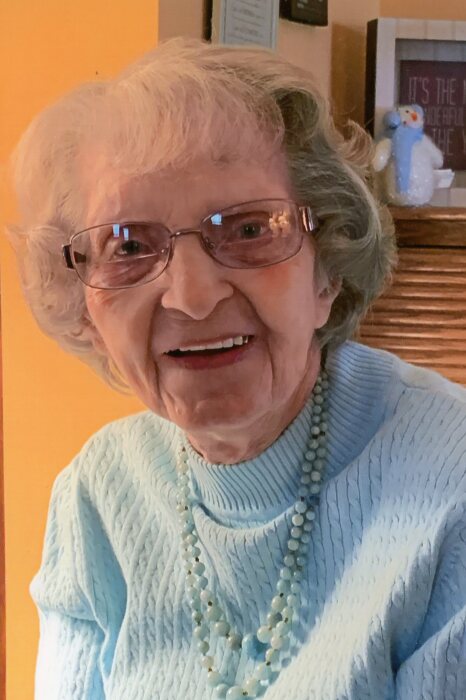 Geraldine Ward Smithson, 97, of Kettering, died on Monday, October 12, 2020 at  Lincoln Park Manor, Kettering. Gerry was born in Greenfield, a twin daughter of the late William E. and Sarah Belle Jones Ward. On November 5, 1947 she married her husband of fifty-seven years, Fred H. Smithson and he preceded her in death on February 5, 2005.

Gerry was a graduate of the Edward Lee McClain High School. She retired as a Claims Adjudicator for the Montgomery County Welfare Department. She resided at One Lincoln Park during her last years. She sacrificed for her family, often putting their needs ahead of her own. She will be greatly missed by all.

The family wishes to thank the Buckeye Home Health Care nursing staff at One Lincoln Park, the staff at Lincoln Park Manor and Dr. Louis Heckman for the excellent care they provided to her over the years.; and Ashley from Hospice of Kettering.

A graveside service will be held on Thursday, October 15, 2020 at 1 p.m. at the Pleasant Hill Cemetery, Leesburg. No visitation will be held in accordance with her wishes. Arrangements are under the direction of the ANDERSON-EBRIGHT FUNERAL HOME, Greenfield. For those unable to attend the service, it will be recorded and posted on her online register book.

To order memorial trees or send flowers to the family in memory of Geraldine Ward Smithson, please visit our flower store.
Send a Sympathy Card