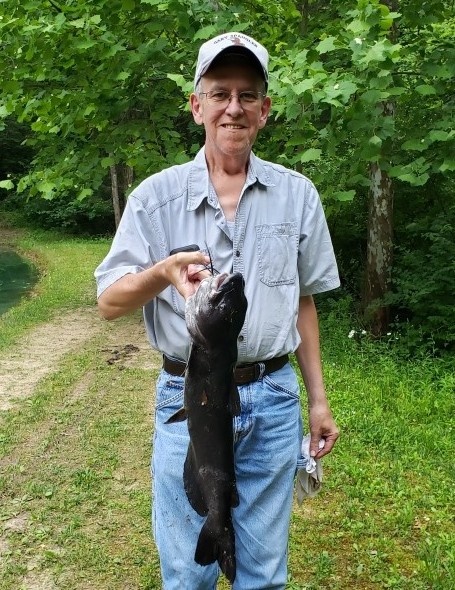 Gary L. Spangler age 63 of Bainbridge joined his heavenly Savior on December 31, 2019.  He left this world surrounded by his loving family after fighting a yearlong battle against Melanoma.  Gary was a warrior and his opponent never stood a chance! He entered the battle with the odds in his favor as he had the Great Physician on his side.  He spent the last year making new friends while going on the journey he was called to make.

Gary was a 1974 graduate of Paint Valley High school, a member of the Bainbridge Church of Christ, Masonic Lodge Post #196 and the Ohio Taxidermy Association.  Over the years Gary worked for the Mead Paper mill Opas plant, Bristol Village and Scioto Paint Valley Mental Health.

Gary was a hardworking man who put much thought and effort into all that he did.  He started taxidermy work as a hobby after high school which became more of a second job for him as the years progressed.  He honed his skills and became quite the requested taxidermist for many in the area.  In 2018 he entered some of his mounts into the Ohio competition and he walked away receiving the Best Professional Whitetail award.  His taxidermy work brought many friends into his life and he truly enjoyed the time spent hearing hunting and fishing stories and being able to use his skills to preserve that trophy animal for lifelong memories for them.

Some of Gary’s best pastimes were spent watching his children and grandchildren grow.  He went to every event or activity they were involved in.  He loved to be on the sidelines cheering them on and watching them achieve great things.  Every year he looked forward to camping at the Ross County Fair.  Even years that he didn’t have anyone actively participating in 4-H he still went and watched the livestock shows and took pride in seeing the area youth present their hard work.  He also helped support the Junior Fair Livestock Sales through the Bainbridge Merchants.  He had a soft spot in his heart for pigs and over the years he helped with improvements in the barn.

Faith is what carried Gary through his journey this past year.  He had an amazing support system of family and friends who stood alongside him and cheered him on.  His attitude remained positive and his faith never wavered.  He knew that he was going to be healed no matter what.

The care that Gary received at the Adena Cancer Center was exceptional.  He thought very highly of his providers Dr. Rose and Dr. Thompson.  He also had a special friend Billie who always brought a smile to his face.  The family would also like to thank National Church Residences Hospice for the outstanding support and care that they provided as well.

In honor of Gary who was a simple man casual attire is welcomed at his services. The funeral service will be held 2 pm Monday, January 6, 2020 at the Bainbridge Church of Christ with Shaun Raleigh officiating. Burial will follow in the Bainbridge Cemetery. Friends may call from 4-8 pm Sunday at the Church. The Smith-Moore-Ebright Funeral Home of Bainbridge is serving the family.

To order memorial trees or send flowers to the family in memory of Gary Lee Spangler, please visit our flower store.