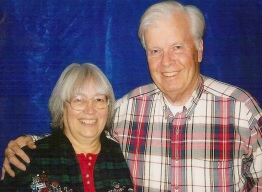 In addition to his parents and wife he was preceded in death by a grandson, Chandlier Davis; brothers, Curt and Gale Davis and sister-in-law, Debra Davis.

Gary was a Paint Valley Graduate and owner and operator of Davis Lumber Company for many years. He enjoyed hunting Indian relics, collecting guns, playing cards and bingo. Gary loved to attend gun shows and he was a 50-year member of the Ohio Gun Collectors Association. He was a member of American Legion Post 14 of Bainbridge, the VFW of Greenfield, the Bainbridge Senior Citizens and the Fairview Chapel.

A memorial service will be held 11:00 am Saturday, March 21, 2020 at the Smith-Moore-Ebright Funeral Home in Bainbridge with the Rev. John Huffman officiating. The burial will follow in the Bainbridge Cemetery at the convenience of the family. Friends may call from 10:00 am until the time of service.  In lieu of flowers, donations may be made to the Funeral Home.

To order memorial trees or send flowers to the family in memory of Gary L. Davis, please visit our flower store.
Send a Sympathy Card