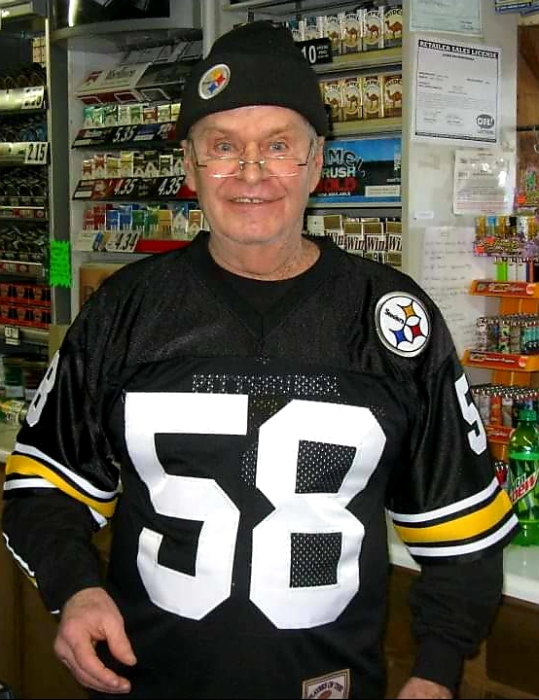 Besides being a die-hard Pittsburg Steeler fan, Gale was an avid forwarder of Facebook memes, a frequent late-night cookie binger and could often be found playing computer solitaire, alone.  Gale was known as a man who engaged in anything that brought him pleasure, legal or not. He was adamant about his love for his guns, his God, and his country.  However, it was cats that he mistrusted as based on his compromised experiences. He believed they often masqueraded as skunks.

Mr. Davis was an ecclesiastic connoisseur of music.  His tastes ranged from Jimmy Hendrix to Shania Twain to Eric Clapton (who Nancy despises). During one very long two-year period, Gale would only listen to either CCR’s Greatest Hits or Thriller by Michael Jackson.  Needless to say, the family has not listened to any music from the above-mentioned artist since.

Gale was an impatient gambler, reluctantly generous, curmudgeonly giving, opinionated, and, in general, an all around salt of the earth great guy... someone we will miss incredibly as we were not prepared to say goodbye. Not yet. He was loved.

Gail’s wishes were to be cremated and a Celebration of Life will be Saturday, July 20, 2019 from 4-6 pm at the Bainbridge Senior Citizens.

The SMITH-MOORE-EBRIGHT FUNERAL HOME, Bainbridge is serving the family.

To order memorial trees or send flowers to the family in memory of Gale R. Davis, please visit our flower store.
Send a Sympathy Card