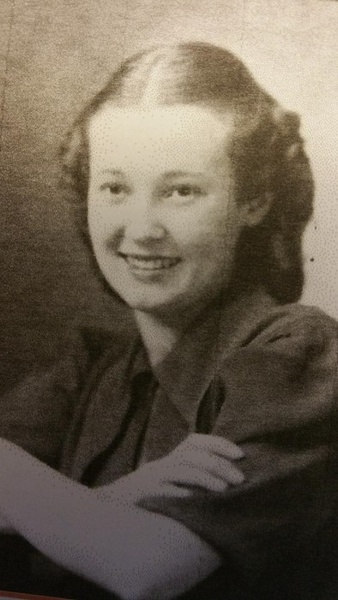 Irene graduated from Bainbridge High School where she represented her school as queen in the Northwest Territory Sesquicentennial queen pageant in 1938. Irene and her husband Lester owned and operated a corner grocery store for many years in Greenfield Ohio, and later owned and operated the Skate-A-Way Roller Rink, Chillicothe Ohio, from 1953 to their retirement in 1980.  Irene was a member of Greenfield United Brethren Church for many years and attended Bainbridge Church of Christ until her confinement.

The family wishes to thank the staff of Maple View Manor and Heartland Hospice for their compassionate care of Irene.

A private graveside service will be held at the convenience of the family at Greenfield Cemetery. Friends and family are invited to gather at 12pm on Tuesday, May 8, 2018 for a celebration of Irene’s life at Calvary Baptist Church, 2486 Anderson Station Road, Chillicothe Ohio. The ANDERSON-EBRIGHT FUNERAL HOME, Greenfield is serving the family.

To order memorial trees or send flowers to the family in memory of Farie Irene Griffith, please visit our flower store.