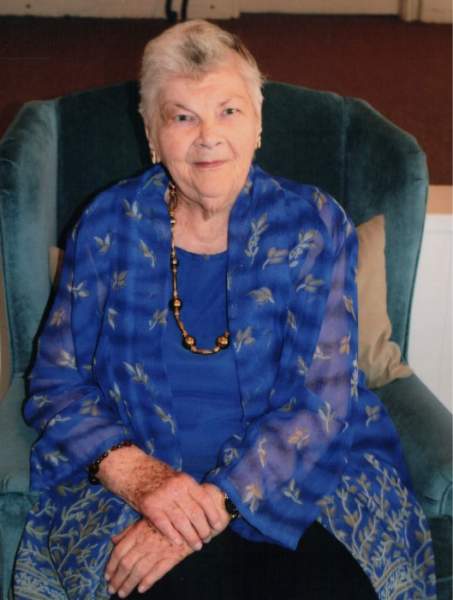 Ellen Jane Hurtt, 92, of Clarksburg, a dedicated servant of God, died at 4:20am on Monday, January 8, 2018 at Traditions of Chillicothe. She was born on April 2, 1925 in Chillicothe, the daughter of the late Philip Marion and Ellen Stitt Dunlap, one of Ross County’s founding families. On July 29, 1944 she married Harold Hurtt who preceded her in death on September 30, 2003.

A funeral service will be held at 11am on Thursday, January 11, 2018 in the Brown’s Chapel United Methodist Church, Clarksburg with Pastor Jerry Caddell officiating. Burial will follow in Brown’s Chapel Cemetery. Friends may visit with the Hurtt family in the EBRIGHT FUNERAL HOME on Wednesday from 4pm to 8pm. In lieu of flowers, memorial contributions are suggested to the Brown’s Chapel United Methodist Church, c/o Sue Brown, 16280 Westfall Rd, Clarksburg OH 43115, or Ross County 4-H Endowment, 475 Western Ave, Suite F, Chillicothe OH 45601. Those wishing to sign Jane's online register book may do so at www.ebrightfuneralhome.com.

To order memorial trees or send flowers to the family in memory of Ellen Jane Hurtt, please visit our flower store.