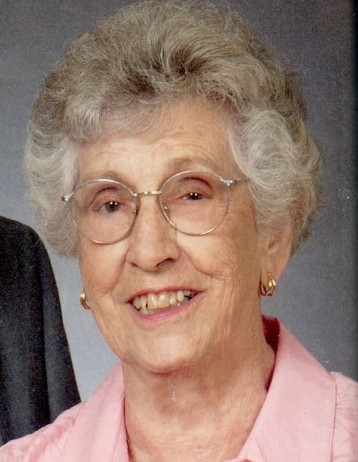 Burial at the convenience of the family

Edna was a 1941 graduate of Huntington High School. She retired in 1989 as a legal secretary in the law office of John S. Phillips. She was a member of First Wesleyan Church in Chillicothe, the Chillicothe Evening Lioness where she served as president and secretary, the Gideon’s International Auxiliary.

A funeral service will be held at 3:00 p.m. on Saturday, August 31, 2019, in the First Wesleyan Church, Chillicothe with Pastors John Welch and Andrew Day officiating. Friends are invited to visit with the Carter family at the church on Saturday from 1 to 3 p.m. where a Lioness memorial service will be held at 12:45 p.m.. Edna will be laid to rest beside her first husband in Omega Cemetery at the convenience of the family. The EBRIGHT FUNERAL HOME, Frankfort is serving the family. Memorial contributions are suggested to the Gideon’s International.

To order memorial trees or send flowers to the family in memory of Edna B. Carter, please visit our flower store.
Send a Sympathy Card

Burial at the convenience of the family