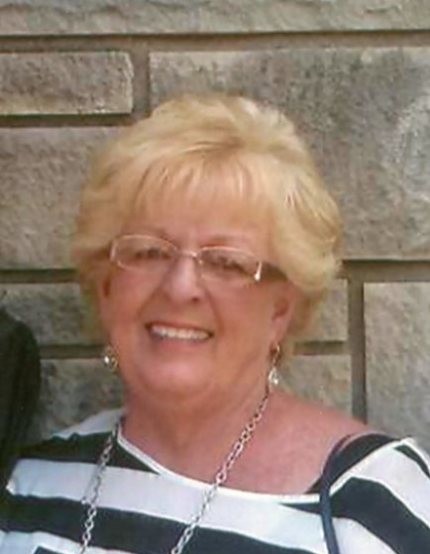 Donna Kaye Wall 71 of Bainbridge went to be with the Lord 10:09 pm Sunday, December 25, 2016 at Hospice of Cincinnati. She was born March 17, 1945 in Highland County, the daughter of the late Charley and Emma Mildred Beach Hutchinson.

In addition to her parents she was preceded in death by a brother, Jack Hutchinson.

Donna was a member at Fairview Church of Christ in Christian Union and she had retired from Highland District Hospital where she worked for 31 years. She enjoyed shopping and her trips to Gatlinburg and Pigeon Forge, Tennessee but she dearly loved all of her grandchildren and her great grandchildren, they really brightened her day.

Funeral services will be held 11 am on Friday, December 30, 2016 at Fairview CCCU with Pastor John Huffman officiating. Burial will follow in the Bainbridge Cemetery. Friends may visit with Donna’s family from 5-8 pm Thursday at the SMITH-MOORE-EBRIGHT Funeral Home, Bainbridge.

To order memorial trees or send flowers to the family in memory of Donna Kaye Wall, please visit our flower store.
Send a Sympathy Card