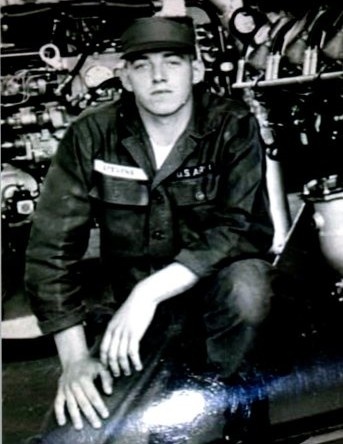 Donald D. Stevens 79, of Chillicothe passed from this life Saturday, January 4, 2020 at Grant Medical Center, Columbus. He was born October 15, 1940 in Highland County the son of the late Charles Howard and Margaret Countryman Stevens. On July 13, 1968 he married the former Beverly J. Allen, who survives.

In addition to his parents Don was preceded in death by a brother, Gary Stevens.

Don was an Army Veteran and member of the American Legion post 14 of Bainbridge. A member of the NRA and an outdoorsman who loved to deer hunt and mushroom hunt.

Graveside services will be held 11 am Tuesday, January 14, 2020 in the Bainbridge Cemetery with military rites accorded by the Ross County Honor Guard. In lieu of flowers contributions may be made to the Ross County Humane Society, 2308 Lick Run Rd # A, Chillicothe OH 45601.

To order memorial trees or send flowers to the family in memory of Donald D. Stevens, please visit our flower store.
Send a Sympathy Card