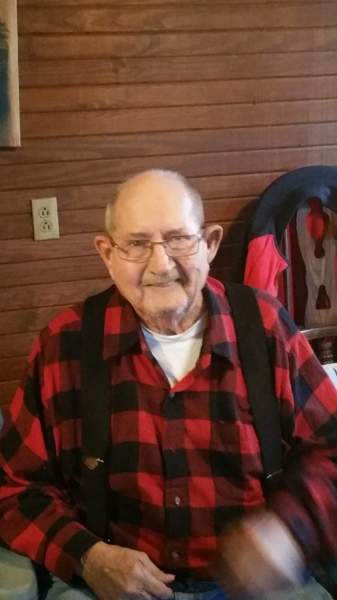 Denver Jeffers Sr., 87, of Frankfort, died on Monday, September 19, 2016 at Adena Regional Medical Center, Chillicothe. He was born on March 9, 1929 in Grimm’s Landing, West Virginia,   the son of the late George and Opal Craig Jeffers. His wife, the former Mildred L. “Millie” Higginbotham, preceded him in death on January 26, 2007.

Denver retired from Lennox Heating and Cooling where he was a welder.

Family and friends are asked to gather for a graveside service in Greenlawn Cemetery, Frankfort on Wednesday, September 28, 2016 at 2 p.m. Following the service, Denver’s cremains will be buried by his beloved wife, Millie. The EBRIGHT FUNERAL HOME, Frankfort is serving the family. Those wishing to sign Denver’s online register book may do so at www.ebrightfuneralhome.com.

To order memorial trees or send flowers to the family in memory of Denver Jeffers Sr., please visit our flower store.