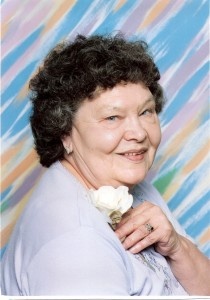 
Dennis R. Price, 88, of Greenfield, died at 1:05 p.m. on Saturday, July 30, 2016 at Hearth and Care in Greenfield. He was born on June 12, 1928 in Fayette County, the son of the late James S. and Wilma V. Mustard Price. On April 10, 1948 he married the former Helen L. Stroud who preceded him in death on February 4, 2006.
He is survived by one son; James R. Price of Frankfort, one granddaughter; Kelly Seig, three great-grandchildren; Jennifer Nicole Seig, Katelynn Rochelle Beatty, Vanessa Desiree Beatty, two great-great grandchildren; Alexis and Adalynn Crabtree and several nieces and nephews. Dennis was preceded in death by one daughter; Linda Lou, five brothers and five sisters.
Dennis was a 1947 graduate of the Edward Lee McClain High School. He was a U.S. Navy Veteran having served during the Korean War. Dennis retired from the Mead Paper Company in Chillicothe. He was a member of the Greenfield Church of Christ and the Concerned Veterans of Greenfield.
A funeral service will be held at 1:00 p.m. on Wednesday, August 3, 2016 in the Greenfield Church of Christ with Danny Dodds officiating. Burial will follow in the Greenfield Cemetery where military honors will be accorded by the Concerned Veterans of Greenfield. Friends may visit with his family at the church on Wednesday from 11 a.m. until the time of service. The ANDERSON-EBRIGHT FUNERAL HOME of Greenfield is serving the family.


Edward Lee McClain High School
US Navy
The insignias listed here may be subject to copyright and / or trademarked. Those copyrights and trademarks are owned by the respective organizations.

To order memorial trees or send flowers to the family in memory of Dennis R. Price, please visit our flower store.