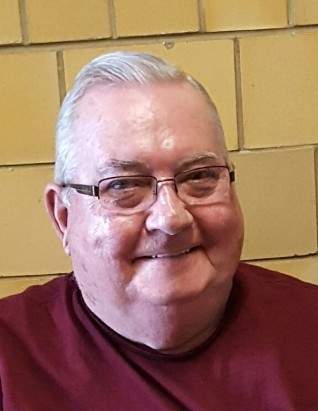 David McCabe, 78, of Clarksburg, died on Friday, August 18, 2017 at Adena Regional Medical Center, Chillicothe. He was born on October 31, 1938 in Pickaway County, the son of the late Joe and Grace Hicks McCabe. On January 26, 1963 he married the former Violet C. Moore, who survives.

David was a 1956 graduate of Clarksburg High School. He served in the United States Air Force, and worked for 30 years at Kenworth Trucking Co., Chillicothe, retiring in 2004. David was a member of the Brown’s Chapel United Methodist Church, Clarksburg.

A funeral service will be held at 11 a.m. on Tuesday, August 22, 2017 in the EBRIGHT FUNERAL HOME, Frankfort with Rev. Michael Wright officiating. Burial will follow in Brown’s Chapel Cemetery, Clarksburg where military honors will be accorded by the Ross County Veteran’s Honor Guard. Friends may visit with the McCabe family on Monday from 5 to 8 p.m. In lieu of flowers, the family requests that memorial contributions be sent to the Ross County Veterans Honor Guard, 110 Copperfield Dr., Chillicothe, OH 45601 or the charity of one’s choice.

To order memorial trees or send flowers to the family in memory of David McCabe, please visit our flower store.